Brazil, Scandinavia In A Single Day! 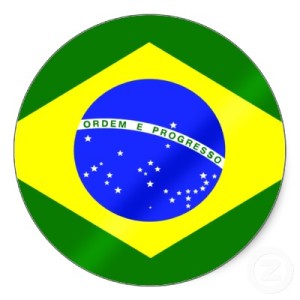 There are not too many cities in the world where you can sample the cultures of Brazil and Scandinavia in the same day, which is why, in spite of the traffic, the smog, the artificiality of Tinsel Town I am happy to call Los Angeles home.  When I can’t be traipsing around the world I can still immerse myself in many different world cultures which thrive in my own backyard.

My beloved and I begin today at Café Brasil, where we will chow down on feijoada or some shrimp croquetas and maybe even indulge in a caipirinha  We like both the food and the ambiance of this low-key hangout for the sizable Brazilian ex-pat crowd that calls LA home, but today there will be a reason for going besides our pleasure: Café Brasil is hosting January’s Travel Club meeting.  The Travel Club meets monthly and is composed of about 50 hard-core travelers who venture to the farthest regions of the globe.  We discovered them about 12 years ago and attended a couple of their gatherings, but we were pretty broke at the time and it’s a bummer to hear about people’s upcoming trips to Borneo or Bali when you can barely make it to Burbank.   We stopped attending and never picked it back up even after we found more solid financial footing and resumed our travels.

Luckily, the monthly email invites never stopped and when I received one a week ago I immediately RSVP’d.  We’re going to show up sporting our Travel With Balls t-shirts and some business cards and see how many of these people we can convince to give out soccer balls to kids on their next trip.  I’m pretty optimistic — I can’t imagine a more receptive crowd!

After the Travel Club meeting we high-tail it to the Scandinavian Film Festival, a four-day event that begins this weekend and concludes the next.  William and I are foreign film fanatics so we always attend, but I have to admit that it’s a bit of an emotional stretch for me.  Although there’s the occasional comedy or spiritually uplifting theme, for the most part the movies screened are unrelentingly bleak, a cornucopia of human suffering.  Rape, incest, drug abuse, alcoholism, pedophilia, domestic abuse, torture, murder abound — sometimes all in a single film!  By the end of the festival I am always a basket case in serious need of a psychiatrist or a handful or Prozac.

The long, freezing winter months when daylight barely makes an appearance could well be responsible for such a depressing world view, and if that’s the case I have the perfect solution — in January and February Swedes, Finns, Greenlanders, Norwegians, Icelanders and the Danish should travel to warm, sunny countries in Africa, South America, Asia or the Caribbean and hand out soccer balls to children.  It would do wonders for their outlooks and for Scandinavian cinema!  With that idea in mind, William and I will promote Travel With Balls in the lobby between films.

← The Cutest Little Bunch of “Losers” You Ever Saw…
Let’s Do It Again! →